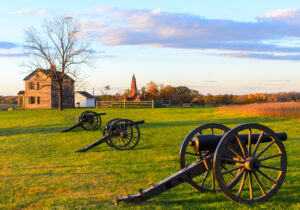 Prince William is located in Northern Virginia, approximately 30 miles southwest of Washington, D.C. The County encompasses an area of 348 square miles, 18.8% of which is federally owned land.

Prince William County is located on the Potomac River in the Commonwealth of Virginia in the United States. As of the 2010 census, the population was 402,002, on July 1, 2019, the population was estimated to be 470,335, making it Virginia’s second-most populous county. Prince William County ranked 16th with a median income of $99,206. Nearby, Loudoun County took the number one spot with a median income of $125,900.

The first known colonial settlement was founded in 1722. In 1730, the Virginia General Assembly carved out an area approximately 2,000 square miles in size and named it  Prince William County. At that time – all of Northern Virginia was known as Prince William.

Named as one of the best places to live, and one of the wealthiest communities in the United States – Prince William, Virginia is an amazing place to live, work – and of course – PLAY!

Relocating to Prince William, Virginia is incredible as it is surrounded by two major airports – Washington Dulles International Airport and Washington Reagan National Airport, situated near two major interstates I-66 and I-95 and is connected via rail to Amtrak and the Virginia Railway Express/VRE.

As a Community of Choice – Prince William, Virginia is home to a plentitude of parks, libraries, award-winning schools, open space, major employers, and a government that provides exemplary resident and business services. It also has highly rated schools including the 12th County high school currently being built at a budget of $97 Million.

Prince William is perfect for your new home.