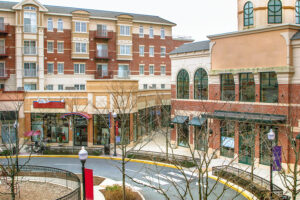 The City of Fairfax, colloquially known as Fairfax City, Downtown Fairfax, Old Town Fairfax, Fairfax Courthouse, or simply Fairfax, is an independent city in the Commonwealth of Virginia in the United States. As of the 2010 census the population was 22,565, which had risen to an estimated 24,019 as of 2019. Fairfax is 18 miles from Washington D.C. without traffic it is a short 29 minute drive. Of course, traffic is going to make a big difference so make sure you check that before leaving.

Located within Fairfax County which is home to hospitals that rank as best in the region by US News & World Reports. With 116 million square feet of space (and growing), Fairfax County has the second largest suburban office market in the United States and the largest in the Washington, DC area. Located just minutes from Washington, D.C., Fairfax County places you in the heart of the many sites and attractions the Capital Region has to offer. You’ll discover a whole new world of wonderful places to explore – from incredible historic sites to the very best shopping around.

The Fairfax housing market is very competitive. Homes in Fairfax receive 3 offers on average and sell in around 21 days. The average sale price of a home in Fairfax was $573K in 2020, up 9.1% since 2019.